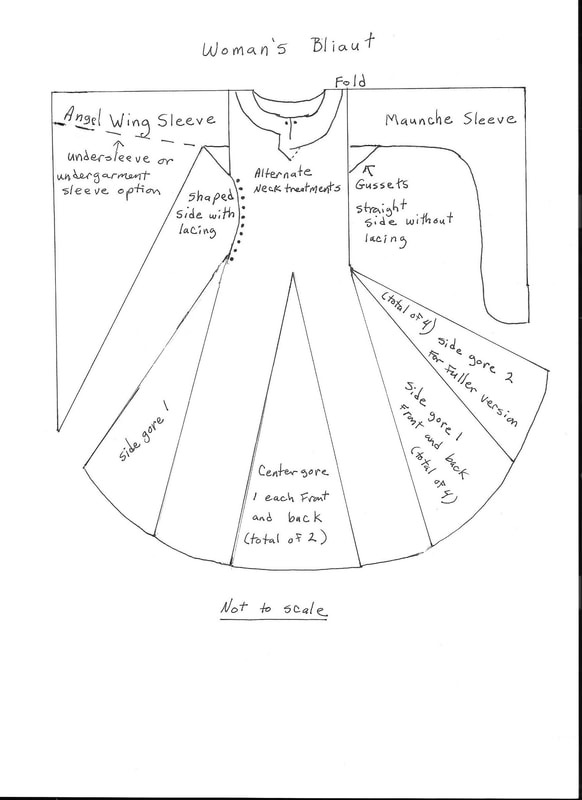 I have shown variations here on the two sides. Also, except of a very slim woman, the line from the outside of the should to the top of the gusset would not be a perpendicular line, but would slant towards the neckline, as most of us have larger bust lines than shoulders. This is a period method of sizing. Also, if using multiple gores, take care to cut them so that you never sew a bias edge to another bias edge. 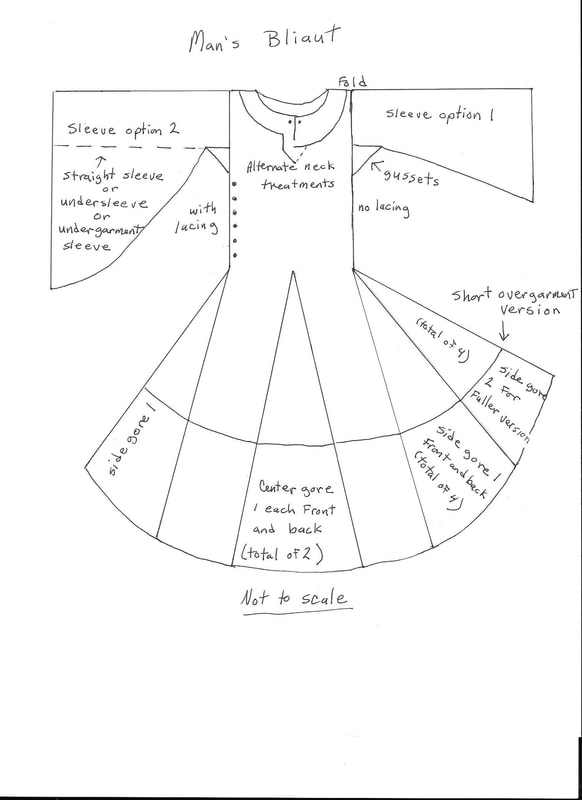 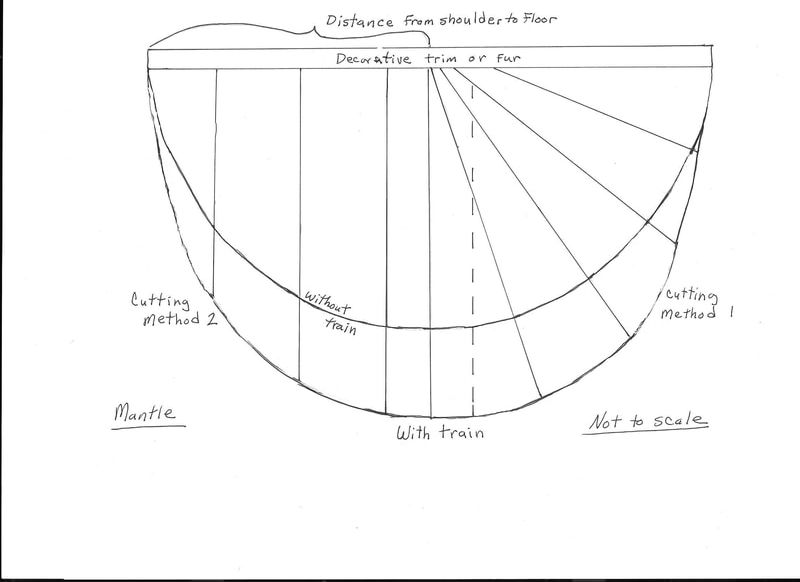